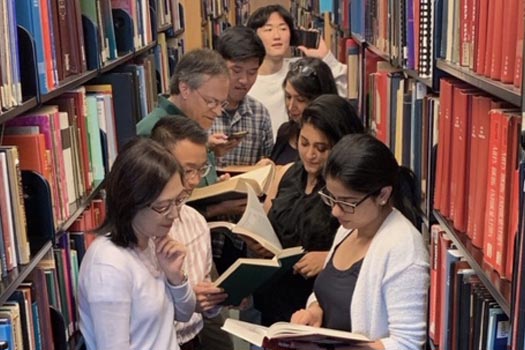 Healthy Air! Among other important work, Springer Lab is researching the marijuana smoke, e-cigs such as JUUL, and cigarillos, from the standpoint of heart health. This important research has been leading revolutions in health, proving that healthy change can begin with a researcher in a lab coat. The lab’s research has so far demonstrated how breathing burnt/evaporated particles harms health – whether you light up, yourself, or breathe the second-hand of others. This has been observed for both tobacco smoke and marijuana smoke, and for vaping as well. Vaping is insidious, because the cloud of droplets remains long after the visible “smoke” has disappeared. In past years we have also supported the lab with fundraising advice and have created a public service announcement to encourage people to quit smoking.

One study at Springer Lab laid the groundwork for an important editorial entitled Marijuana, Secondhand Smoke, and Social Acceptability, in JAMA Internal Medicine (The Journal of the American Medical Association), a peer-reviewed medical journal covering original research, reviews, and editorials covering all aspects of the biomedical sciences. Here is a brief excerpt:

"The evidence that secondhand exposure to marijuana smoke, like the evidence for all health effects of marijuana is more limited than for tobacco. But smoke from any source is a complex mixture of thousands of chemicals, including ultrafine particles and toxic gases. Other than nicotine and cannabinoids, tobacco and marijuana smoke are similar. Indeed, the California Environmental Protection Agency identified marijuana smoke as a human carcinogen based largely on the smoke's toxicology. Cardiovascular effects of breathing secondhand smoke are particularly important because about 80% of the deaths attributed to secondhand tobacco smoke are due to heart disease, including acute myocardial infarction."

Research funded by the National Institute of Drug Abuse, the California Tobacco Related Disease Research Program, and The Elfenworks Foundation.

Most recently, the Springer Lab is investigating how repeated exposure of rats over many weeks to tobacco or marijuana smoke, or JUUL, affects the blood vessels and the heart. They will also continue ongoing projects aimed both at understanding how blood vessels grow in the heart and how specific cells from the bone marrow might be used as a therapy after a heart attack. We are supporting all of these efforts and have made it possible for the lab to acquire crucial equipment and to carry out experiments to further these goals